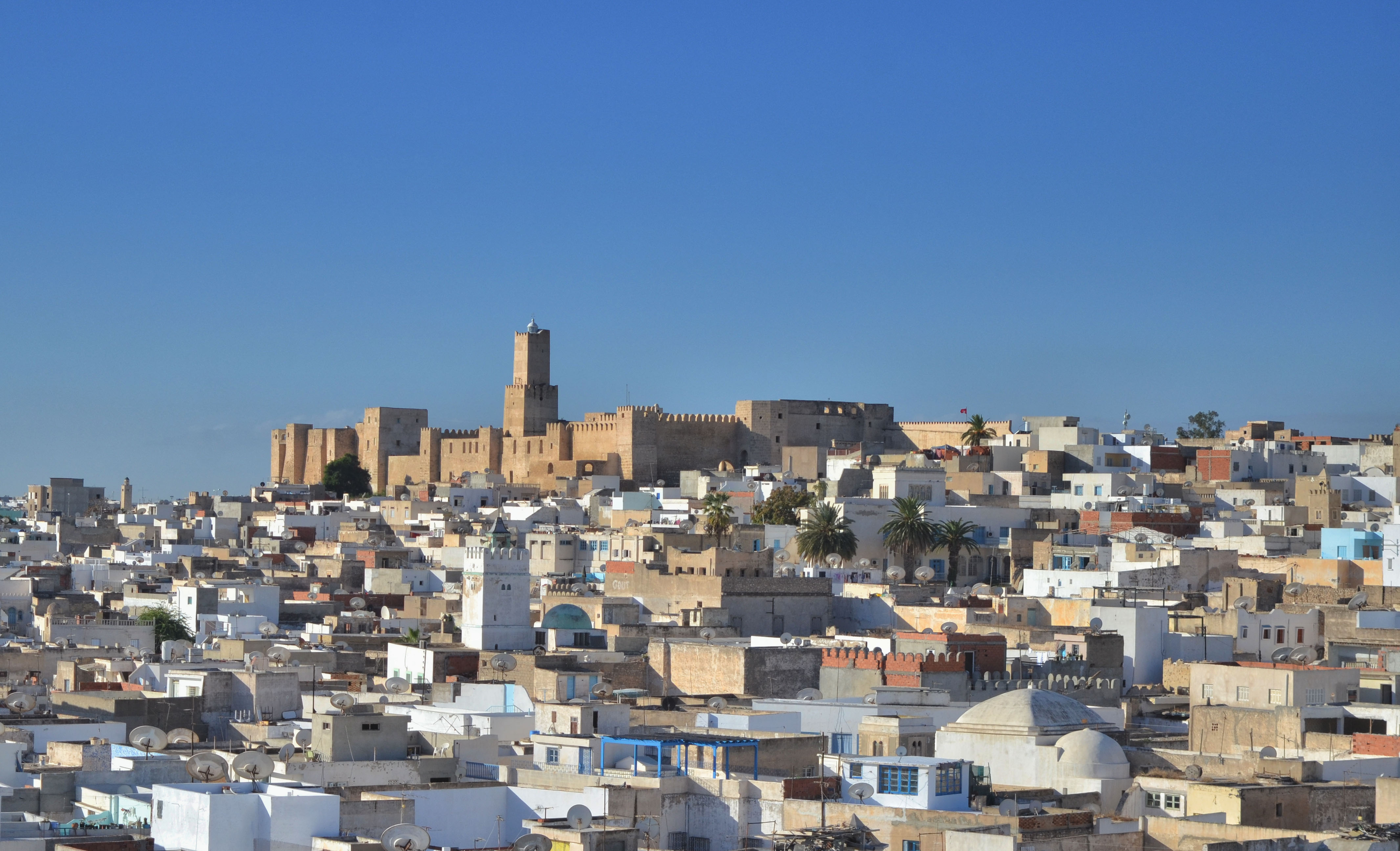 I am glad that I have started discovering Africa from beautiful country of Tunisia. It has it all – amazing beaches, historic places and friendly people. Everything for good vacation. I will present my favorite places in Tunisia, from white and blue village of Sidi Bou Said in the north to desert and oases in south west, all the way to inspiring and sunny island of Djerba In the south east. 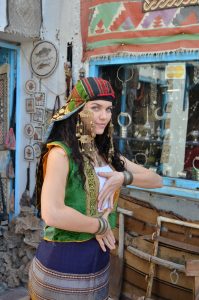 Sidi Bou Said is an elegant village where the blue and white houses jostle with each other on the hillside, facing the sea. Stretching out close to these inspiring locations are the beaches of Gammarth and La Marsa. 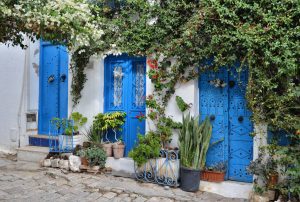 Long beaches, old stones, high palm trees… Sousse is a city ripe with seductions where entertainment and exoticism coexist harmoniously. As a major modern city, it’s one of Tunisia’s most lively coastal resorts. As a historic city, it has conserved a magnificent medina and exceptional monuments from the Middle Ages. 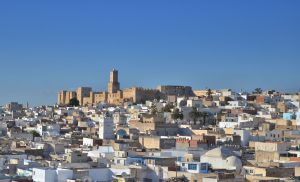 Not many ancient sites are as impressive as the Roman Coliseum at El Djem. In this enormous amphitheatre, inspired by the one in Rome and architecturally flawless, epic entertainment was put on pitting hunters against wild animals. 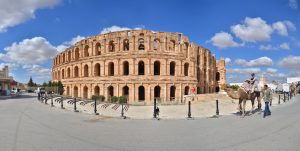 Tozeur rises up out of the desert, nestled into a huge oasis that is home to hundreds and thousands of palm trees. The dazzling southern light pours into the avenues of the town. It forges a path for itself through the narrow alleyways of the old parts of town and between the tall, pale brick facades.

A few dozen kilometres from Tozeur and Nefta are Chebika, Tamerza and Midès, oases in a landscape of mountains that is one of the most moving sites in southern Tunisia. In this breathtakingly beautiful landscape every oasis is different.

In Chebika, a wadi runs down the side of a steep mountain, forming waterfalls and rivulets where frogs have made their home.

The old village of Tamerza, abandoned like a ghost village, looks out at a spectacular mountainous landscape; its lush oasis is fed by a towering waterfall. 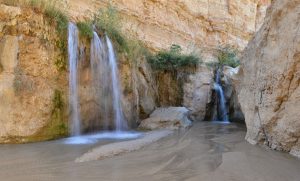 Midès, tucked away into a dizzyingly high canyon, boasts spectacular views. Further east, you can see another stunning landscape carved by erosion: the huge canyons at Dghoumès.

Near Tozeur is the set where Star Wars was filmed at Onk Jemel.

Covered in a thin white layer like a snow-covered landscape, the Douz region offers the easiest way into the desert. Strings of dunes and graceful clusters of palm trees line the tracks carved out of the sand. 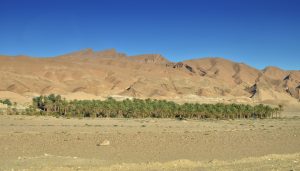 In contrast, the sandy villages of Sabria, Nouil, El Faouar and their little oases seem lost between the sandy desert and a huge expanse of the shimmering salt lake, Chott El-Jerid. 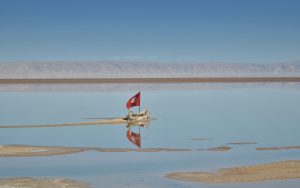 Both Mediterranean and Saharan at once, the island of Djerba has been a source of fascination since the time of Homer. Ulysses tasted the “lotus” there, a delicious fruit which takes away all desire to leave, and today each visitor feels spellbound by its exceptional atmosphere; an atmosphere which it shares with Zarzis, its neighbour on the mainland. 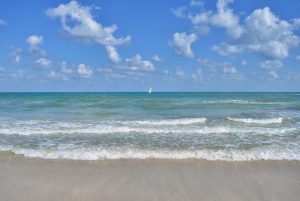 in Houmt-Souk you will find the Borj Ghazi Mustapha, a 14th century fortress where the Turkish privateer Dragut fought the Spaniards. The Museum of Traditional Heritage of Djerba explains local jewellery, pottery, traditions… Djerba Explore Park possesses a superb collection of ancient artifacts from Tunisia and the Middle-East. 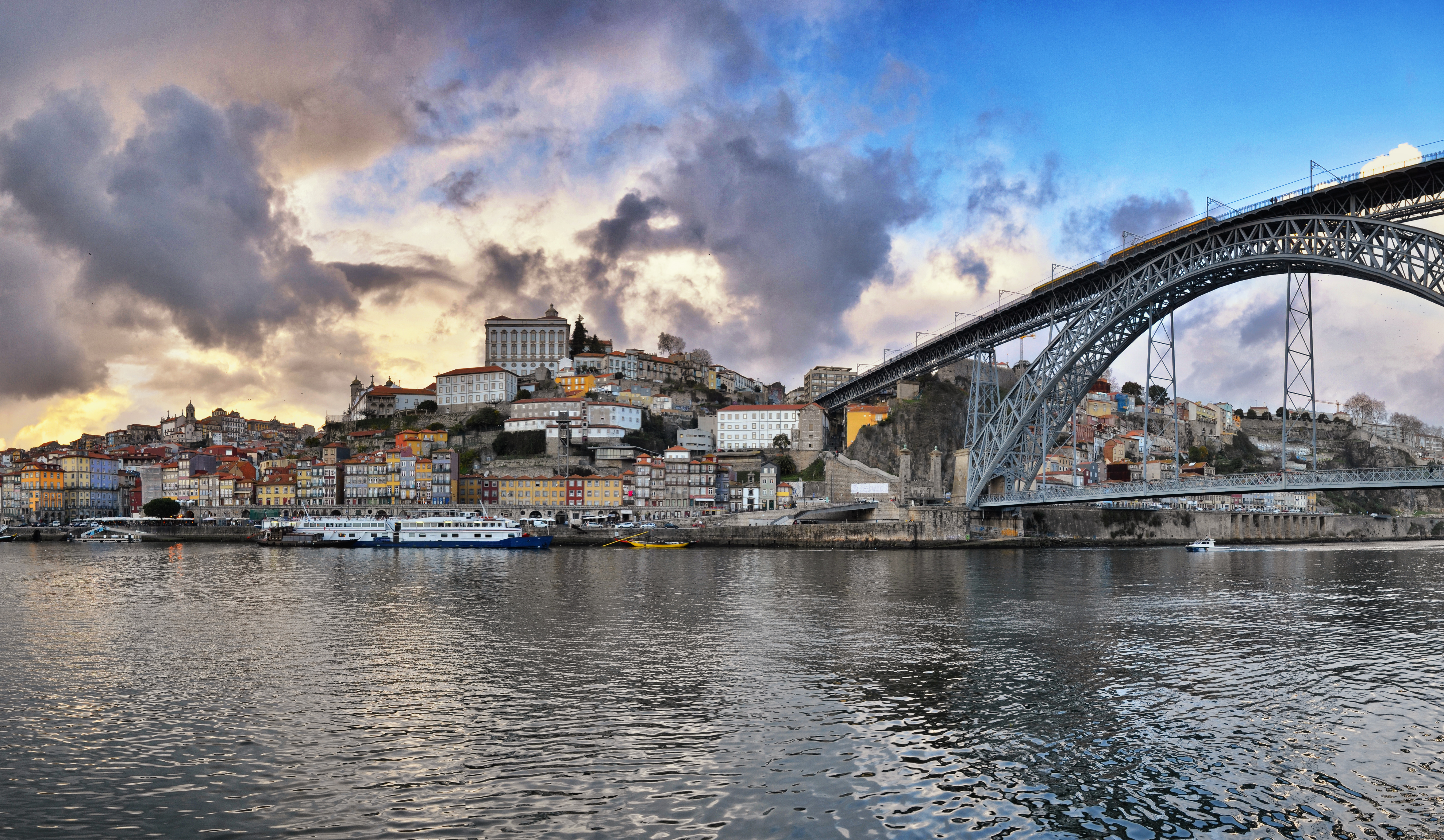 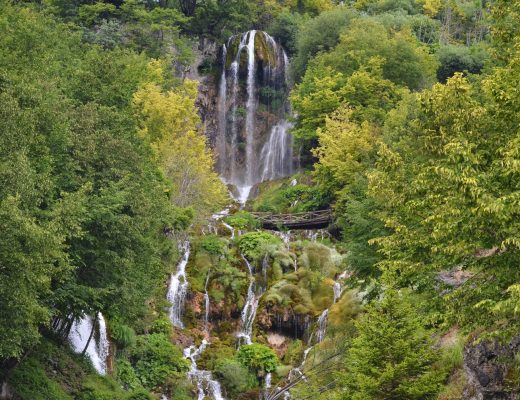 Sopotnica – the most beautiful watefall in Serbia 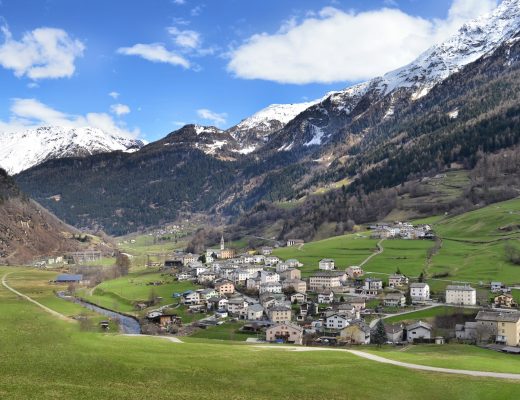 Kotor - splendor of the mediterranean